This article by Stephen R. Lindemann, PhD, is the first of a four-part CME series titled, “The Microbiome and Digestive Health: A Look at Prebiotics.” This educational activity is supported by an educational grant from GlaxoSmithKline. 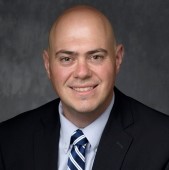 Disclosures: Dr. Lindemann has received research support from Tate and Lyle, plc, Ingredion, Inc, and Samyang Corp, and serves on the scientific advisory board of CP Kelco.

What is the definition of a prebiotic?

Despite many decades of research linking diverse populations of colonic microbiota and their fermentation to human health effects,1 the concept of “prebiotics” is relatively young. The term itself was coined in 1995 and defined as “nondigestible food ingredients that beneficially affect the host by selectively stimulating the growth and/or activity of one or a limited number of bacterial species already resident in the colon, and thus attempt to improve host health.”2 This definition established four criteria a food ingredient must satisfy to be classified a prebiotic; briefly, it must:

2. Selectively increase abundance or activity of a subset of “beneficial” commensal microbiota.

3. Shift the composition of colonic microbes.

What have we learned from the history of prebiotics?

The term prebiotic was initially applied to carbohydrates resistant to degradation by human enzymes, especially oligosaccharides.3 Importantly, just because a substrate was fermented by the gut microbiota did not mean it should be classified as a “prebiotic.” Rather, a “prebiotic” substrate must specifically elevate fecal populations of specific microbes. Consequently, most naturally-occurring plant polysaccharides (“dietary fibers,” e.g. resistant starches, pectins) were rejected as prebiotics. These were thought to be fermented non-specifically by diverse microbiota, both those considered “beneficial” and those considered potentially harmful.2,4 Therefore, the definition of prebiotics was recently updated to “a substrate that is selectively utilized by host microorganisms conferring a health benefit,” expanding its usage beyond carbohydrates, in diverse body sites, and non-food applications.4

The earliest prebiotic products were intended to increase colonic populations of Bifidobacterium and Lactobacillus5 — the first organisms designated “probiotics” as defined by the World Health Organization (WHO).6 These bacteria produce strong acids (lactate and acetate), digestive enzymes, and cofactors, and displayed early evidence of immunomodulatory behavior.2 Initially, much of the health benefit from Lactobacillus and Bifidobacterium was thought to be mediated by their ability to acidify the colonic lumen, creating an inhospitable environment for bacterial enteropathogens.8 The term “prebiotic” became tightly associated with fructooligosaccharides (FOS), inulins (closely related to FOS in structure), and galactooligosaccharides (GOS) as they were known to increase population sizes of Bifidobacterium and Lactobacillus7 (based upon cultivation from feces) and were rapidly fermented to organic acids in the colon.9 (It is important to note that that these organic acids may be poorly tolerated by some individuals10, meaning that they may have both beneficial effects but also potential side effects depending on the individual.) Though other prebiotics are emerging, the term “prebiotic” remains strongly linked with FOS, GOS, and inulins on the market.5,11

How has our thinking on prebiotics recently evolved?

Recent advancements in our understanding of the gut microbiome have challenged aspects of the prebiotic definition — the concept of specificity for microbes and in the mechanisms of health benefit. Next-generation sequencing techniques have allowed microbial populations to be quantified independently of cultivation.12 This more holistic view of the colonic microbial world revealed that the specificity of traditional prebiotics was less clear in the context of populations of other organisms.13 For example, despite large increases in culturable fecal Bifidobacterium in previous studies, a recent human study found that inulin supported a surprisingly broad increase in microbial abundance.14 This suggests that broader changes in microbiota composition and activity may mediate the health effects of prebiotics than previously thought. Additionally, cross-feeding interactions among organisms in degradation of prebiotics are known to occur, in which one prebiotic-degrading microbe feeds other non-degrading organisms. This calls into question how specific these carbohydrates are for their most-efficient consumers and the utility of the selectivity criterion for prebiotics.15 Furthermore, the metabolic products of prebiotic fermentation, including the short-chain fatty acids such as acetate, butyrate and propionate, are themselves increasingly known to exert major roles in modulating human metabolism and immunity independent of which organisms produce them.16–18 The colon may be better viewed as an ecosystem of microbes, few of which are uniformly “good” or “bad” for everyone, rising and falling based upon interactions with the diet and each other. In such a world, metabolic products of collective fermentation by diverse species may be the most important determinant of prebiotic function.

Talking points to use with your patients

Articles recommended for further reading are highlighted in bold.

6. Food and Agricultural Organization of the United Nations and World Health Organization. Report of a Joint FAO/WHO Expert Consultation on Evaluation of Health and Nutritional Properties of Probiotics in Food including Powder Milk with Live Lactic Acid Bacteria. FAO Food Nutr. 85, 1–33 (2006).

The AGA Institute is accredited by the Accreditation Council for Continuing Medical Education (ACCME) to provide continuing medical education for physicians. The AGA Institute designates this enduring activity for a maximum of 0.25 AMA PRA Category 1 Credits™.

Physicians should claim only the credit commensurate with the extent of their participation in the activity.

In accordance with the ACCME’s Standards for Commercial Support of Continuing Medical Education, all faculty and planning partners must disclose any financial relationship(s) or other relationship(s) held within the past 12 months. The AGA Institute implements a mechanism to identify and resolve all conflicts of interest prior to delivering the educational activity to learners.

To claim your CME credits for this activity, please visit AGA University.