Is LINX the way to go for GERD surgery? No.

With a novel procedure such as LINX, questions should be asked and answered before accepting it into mainstream clinical practice. 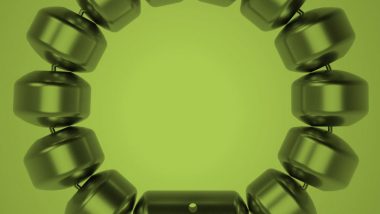 Through the end of the year, we’re sharing some of the best articles from the AGA opinion magazine, AGA Perspectives. This opinion article was originally published in AGA Perspectives in 2019.

For most individuals with gastroesophageal reflux, treatment with antisecretory medication yields excellent symptom relief. However, medical management fails in a subset of patients with more severe symptoms, and antireflux surgery should be considered. Traditionally the procedure of choice has been a 360° (Nissen) fundoplication. In most patients, this delivers a good long-term outcome, with effective reflux control and few side effects, and durability has now been confirmed at follow-up to 20 years. Unfortunately, a subset of approximately 10 to 15 percent are less than happy with their outcome following Nissen fundoplication, due to either recurrent reflux symptoms, or side effects such as dysphagia, bloating and flatulence.

When patients undergo a procedure for gastroesophageal reflux, they want their symptoms to be cured. They also do not want the treatment to generate a new problem which leaves them worse off than before their surgery. Some trade-offs, however, might be acceptable, and a certain level of less troublesome side effects might be a reasonable exchange for effective relief of reflux symptoms which adversely impact quality of life. The challenge for surgeons is to deliver an acceptable outcome for all patients considering surgery for reflux, and this has led to a focus on procedures that not only control reflux, but also minimize the risk and impact of the side effects which can follow Nissen fundoplication.

Partial fundoplications entail wrapping less than the full circumference of the esophagus by placing the gastric fundus either in front (anterior) or behind (posterior) the esophagus. These procedures were first described during the pre-1990s open surgery era, and laparoscopic variants were developed and described in the 1990s, with the aim of delivering a better overall outcome. Promising early results from case series were followed by the publication of randomized controlled trials in the 1990s and 2000s, and subsequent meta-analyses of these trials have confirmed effective reflux control and less side effects, compared to Nissen fundoplication. The promising early outcomes have now been confirmed at longer term follow-up of up to 10 to 20 years.

The LINX procedure seeks to address the same problem by also minimizing side effects while still delivering good reflux control. Enthusiasm for this procedure confirms that many North American surgeons have also recognised that Nissen fundoplication has not always delivered a satisfactory outcome. However, is LINX the best solution or even a logical solution to this problem?

Unlike a fundoplication, which creates a flap valve, the LINX procedure implants an expandable ring of magnetic beads around the distal esophagus, and this acts as a new sphincter. With a novel procedure such as LINX, which does not replicate the mechanism underpinning fundoplication, questions should be asked and answered before LINX is accepted into mainstream clinical practice. These include:

For LINX, these questions remain largely unanswered. Early objective outcome data following anterior and posterior partial fundoplication demonstrates normalization of esophageal acidification in more than 90 percent of patients. Early LINX data does not appear to match these outcomes. Long-term outcomes are known for both anterior and posterior partial fundoplication variants, with success rates of more than 85 percent at 10 to 20 years follow-up reported in randomized trials. The longevity of LINX will remain uncertain for at least another five to 10 years. LINX entails the placement of a foreign body around the lower esophagus. The history of devices placed around the gastroesophageal junction reveals that erosion of devices into the lumen of the esophagus is a significant risk, and reports of LINX erosion are now emerging.