AGA Research Foundation pilot awards are an invaluable tool for investigators — they provide seed funding to explore promising new lines of research and generate preliminary data for larger grants. So, when David L. Boone, PhD, received the 2017 AGA-Pfizer Young Investigator Pilot Research Award in Inflammatory Bowel Disease from the AGA Research Foundation, he was able to double-down on a very targeted project studying innate immunity in IBD. Based on his recent accomplishments — both in and out of the lab — we’re excited for you to get to know Dr. Boone, associate professor of microbiology and immunology at Indiana University School of Medicine-South Bend, and our AGA Research Foundation researcher of the month.

Bench to bedside: Working towards new treatment options in IBD

The Boone lab AGA-funded project is specifically focused on JAK inhibitors, which are becoming a more popular treatment option for patients with IBD, especially for those patients who don’t respond to anti-TNF therapy. Dr. Boone is committed to enhancing our understanding of how these JAK inhibitors work at a cellular level. If we can understand this, Dr. Boone is optimistic it will lead to new approaches for treating inflammation in IBD.

With his AGA Research Foundation grant, Dr. Boone and his lab characterized a new robust mouse model of colitis that is entirely driven by innate immune mechanisms. With this model, his team is investigating the cellular and molecular mechanisms that drive innate immune-mediated inflammation in the intestine, which will provide important insights for future IBD drug development. You can read the specifics of Dr. Boone’s research in his recently published work in Mucosal Immunology.

Dr. Boone’s AGA Research Foundation pilot grant has paved the way for future success. Using the data from his AGA-funded project, as well as the constructive feedback he received from the AGA awards panel, Dr. Boone went on to successfully obtain new funding in the form of a Pfizer ASPIRE research grant. This work is building the foundation for Dr. Boone’s next big grant venture: an NIH R01 grant.

Two postdocs, a graduate student, a technician, and a dog named Boone

Dr. Boone shared with us that the best outcome from his AGA grant was that the additional funding made it possible to grow his lab by a postdoctoral researcher and lab technician. One of Dr. Boone’s great passions is training the next generation of scientists, both in the lab and through his role as microbiology and immunology professor for first-year medical students at Indiana University Medical School.

It’s clear that Dr. Boone has made a lasting impact on his former mentees and students. One of his former postdoctoral researchers named her Labrador Retriever “Boone” in his honor (hence Boone Lab). In an ironic turn of events, Boone the dog is currently being treated with a JAK inhibitor for an inflammatory condition! 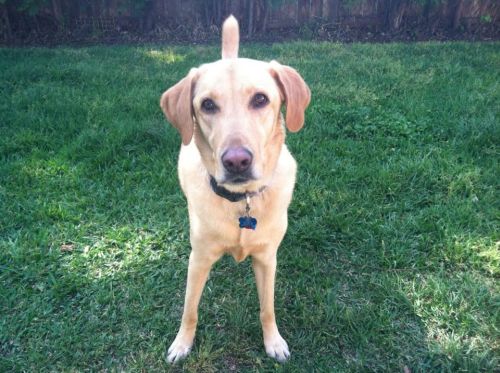 It was only fitting that a former postdoc in the Boone lab named her dog Boone.

Beyond the lab — a commitment to IBD patients

Dr. Boone wanted to do more to support patients with IBD. He had heard of Camp Oasis — the Crohn’s & Colitis Foundation regional camp for patients with IBD — and knew of physicians who provided medical services at the camp. After looking into making a donation to Camp Oasis Michigan, Dr. Boone learned that what the camp really needed was male counsellors. So, despite being “older than an average camp counselor,” Dr. Boone packed his bags for Michigan. Participating in Camp Oasis the last 2 years has been a great joy for Dr. Boone and provides added inspiration and motivation for his work in the lab. 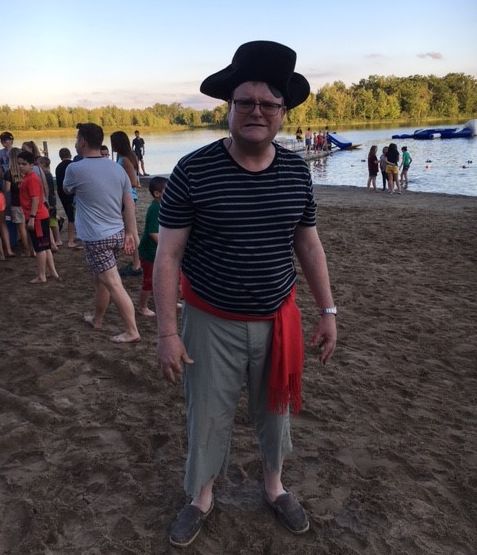