Gastroparesis or delayed gastric emptying is when the stomach has trouble clearing out its contents, possibly due to issues with the stomach muscles, nerves, or brain and spinal cord nerves.

Hope on the horizon for patients with gastroparesis symptoms

Symptoms are different for each person and can change in intensity and frequency over time. Common symptoms Other symptoms Certain factors may make symptoms worse

Common Tests Further Tests To confirm the issue is gastroparesis and rule out the chance that it is a block or structural problem, your doctor may also do:
Treatment

In most cases, gastroparesis is a chronic (life-long) health issue that cannot be cured. Symptoms of gastroparesis can come and go. However, there are many treatment options, based on how bad your symptoms are, to help you care for gastroparesis. Talk to your doctor, especially if you have diabetes, about what treatments make sense for you. Controlling diabetes, if you have it, is one of the most important things you can do as a patient to improve your stomach function and symptoms. 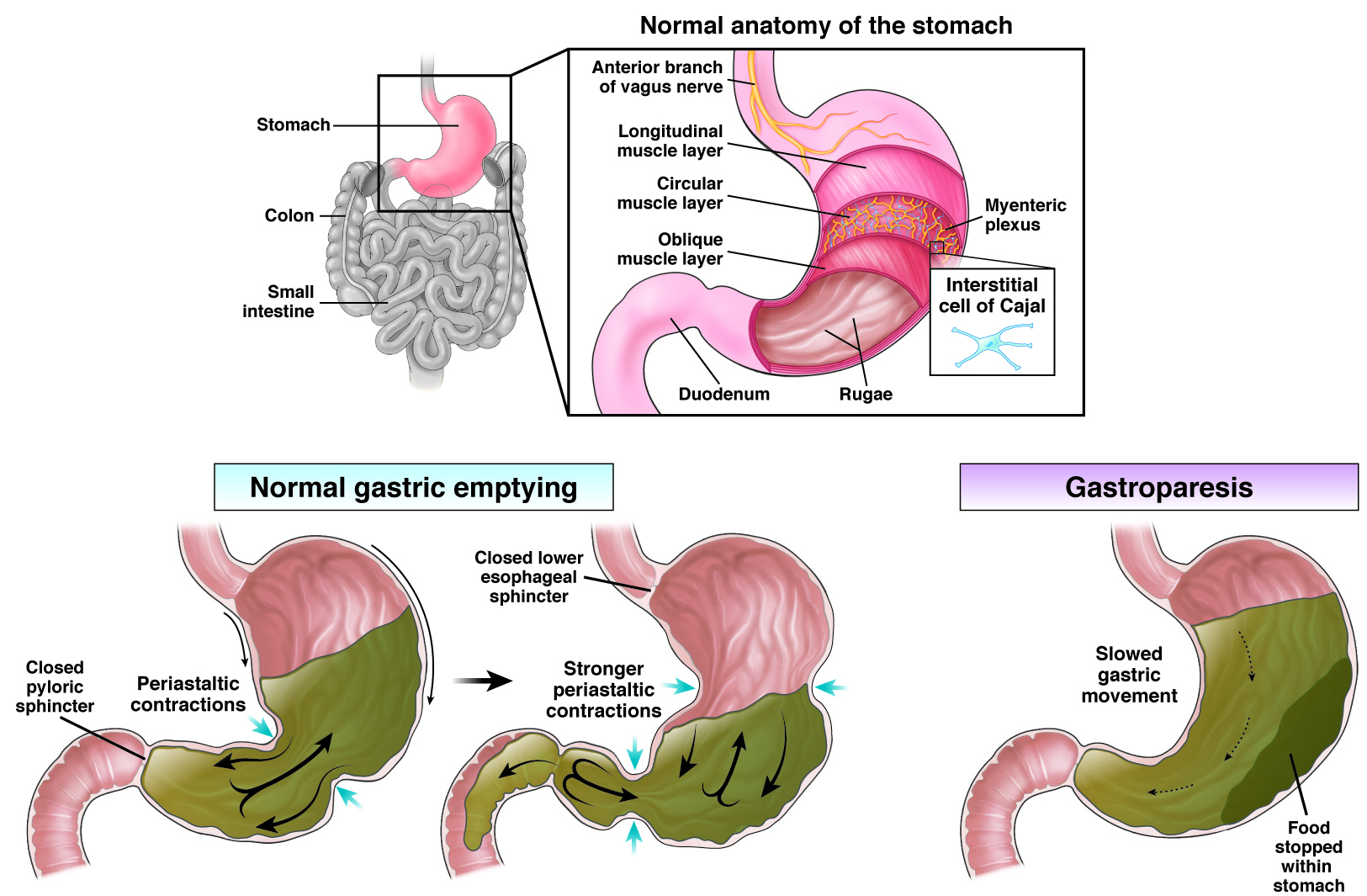 Diet and eating habits Medications Alternative medicine options Other treatment options Things to be aware of If gastroparesis gets out of hand, it can cause: