The symptoms of Crohn’s disease can vary from person to person, based on where the disease is in the body and how bad the inflammation is.

The most common symptoms of Crohn’s disease are:

Keep of track of any symptoms, how often you have them and how bad they are before seeing your doctor. Try the MyGIHealth® app to stay organized. 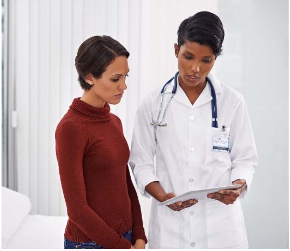 The below tests are done in your doctor’s office, an outpatient center or a hospital. These tests can be used to find Crohn’s disease or to rule out other health issues, such as ulcerative colitis, irritable bowel syndrome (IBS), diverticulitis or cancer.

Talk to your doctor about which test is best for you. Your doctor will give you specific instructions for how to get ready for your test for Crohn’s disease.
Treatment

While there is no cure for Crohn’s disease, there are a number of options to help treat it. The goals of treatment are to:
Treatment will depend on where the disease is and the severity of the disease, past complications, and response to earlier treatments. Remember, everyone experiences symptoms of Crohn’s disease differently. If one treatment doesn’t work as well, there are other options. Just be sure to be in touch with your doctor regularly. Treatment options for Crohn’s disease involve medications, nutrition supplementation, surgery or a combination.

The goals of using medications are to start or keep up remission (no symptoms) and to improve quality of life. Each person reacts a little bit differently to each drug and many need a combination of drugs. While some of them have side effects, the benefits and symptom relief often outweigh those drawbacks.

*Less chance of infection or lymphoma with Vedolizumab.

Learn more about biologic and biosimilar drugs with this online guide.

While no foods cause Crohn’s disease, good nutrition is still very important and certain changes in diet could help lessen symptoms. Different foods can trigger symptoms for different patients, so it’s best to learn what works for you. Speak to your doctor or a registered dietitian (RD) about what nutrition steps would be best for you. Some nutrition options for people with Crohn’s disease are: 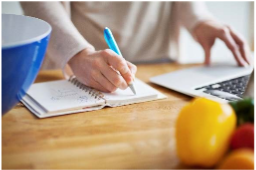 There are times when symptoms are so bad that any food can cause harm. If this happens, you doctor may suggest bowel rest. Bowel rest means either only consuming clear liquids/defined supplements (no solid food) or not consuming anything by mouth at all. If your doctor puts you on bowel rest, you will get nutrition through an IV. Some people stay in the hospital during bowel rest, but others get the treatment at home. During this time, the intestines are able to heal.

There are a few types of surgery that can be done for Crohn’s disease. A surgeon will work with you and your gastroenterologist to figure out if you need surgery and which surgery would be best. For any surgery, you will get general anesthesia (be put totally to sleep) and will be in the hospital for up to a week after. It can take up to six weeks for patients to fully heal after surgery.

No matter what you may be feeling upon hearing you have Crohn’s disease, it is of great value to know that you are not alone and that many places have support groups, both in-person and online, for people all ages with Crohn’s disease that can be very helpful. Talk to your doctor about support groups at the hospital or do your own research to get involved with the Crohn’s disease (and inflammatory bowel disease [IBD]) community.

If you are overwhelmed by your new diagnosis, don’t wait to reach out to a mental health expert to talk through the changes. Relaxation techniques, such as yoga, meditation or mindfulness, may be very helpful.

Working together with your health-care team, you can make a treatment plan just for you, to help control your symptoms and put you in charge of your Crohn’s disease.

Questions to Ask Your Doctor

Taking your medicine and staying well hydrated and nourished can help keep Crohn’s disease under control. Sometimes, though, complications can happen. Often, with Crohn’s disease, these issues will need medical attention.

Inflammation in the body

If you think you are having one of these complications of Crohn’s disease, let your doctor know right away.