The current state of prebiotics

This article is the third of a four-part CME series on prebiotics. This educational activity is supported by an educational grant from GlaxoSmithKline. Part 1, “Prebiotics 101,” and Part 2, “Diet vs. Prebiotics,” are available through AGA University. 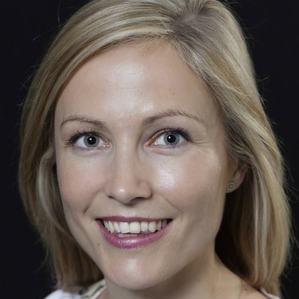 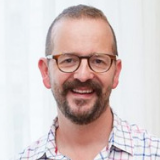 1. Promotion of numbers of certain microbes;
2. Production of microbial metabolites (e.g. butyrate) that may benefit the host; or
3. Direct interaction with mucosal immune-modulatory receptors.

The two most studied classes of prebiotics are the inulin-type fructans (ITF) and β-galacto-oligosaccharides (GOS).

Utility of prebiotics in clinical settings

Prebiotics are not digested in the small intestine and arrive largely intact in the colon, where they promote the growth of beneficial bacteria such as bifidobacteria, increase short-chain fatty acid production, which may support cell cycle regulation, and improve immune function as measured by increased faecal IgA.

Key conditions for which prebiotics are studied

Prebiotics are being investigated for their use in conditions where microbiota and short-chain fatty acid production differ compared to healthy controls, e.g., gastrointestinal (GI) disorders, metabolic syndrome, and aging/immune senescence.1 Patients with GI disorders may have overt or subclinical intestinal inflammation and typically have fewer bifidobacteria than healthy controls. Therefore, these patients could benefit from the anti-inflammatory and bifidobacteria-augmenting effects of a prebiotic. Further, patients taking a probiotic could consider taking a prebiotic alongside (so-called “synbiotic”).

ITF and GOS prebiotics are short-chain fermentable carbohydrates, or FODMAPs (fermentable oligosaccharides, disaccharides, monosaccharides and polyols). Interestingly, a diet that restricts FODMAPs has been shown to improve IBS symptoms despite reducing bifidobacteria concentration and lowering short-chain fatty acids.3,4 In a comparative four-week trial, supplementation with GOS prebiotics alone also significantly improved IBS symptoms, similar to the low FODMAP diet; however, unlike the low FODMAP diet, there was an increase in faecal bifidobacteria.5

Constipation. Two studies in elderly patients with defecation difficulties or constipation have demonstrated an increase in stool frequency and a shift towards softer stool when prebiotics were taken at doses ≥ 10 g/d.6,7 However, a meta-analysis of seven clinical trials did not show prebiotics to be superior to placebo, possibly due to underpowering of studies.8

Inflammatory bowel disease. In active Crohn’s disease, prebiotics do not improve clinical outcomes and at high doses may make some gastrointestinal symptoms worse. However, prebiotics have been shown to beneficially modulate markers of intestinal immunity such as increased IL-10 and decreased IL-6.9 In ulcerative colitis, prebiotics are well tolerated although there is no evidence of clinical benefit in large trials. There may be a reduction in inflammation when prebiotics are added to standard care.10

Overall, additional clinical studies are needed to better understand which prebiotics, alone or in combination, may be most effective for patients with GI disorders.

Talking points to use with your patients

To claim your CME credits for this activity, please visit AGA University.

Dr. Wilson has received a PhD fellowship from Clasado. Dr. Whelan has received research funding from Clasado and Nestle; served as a consultant for Danone; received speakers fees from Yakult; and is the co-inventor of a mobile application for the low FODMAP diet (FoodMaestro).