These fellows showcased their commitment to advancing GI and patient care through their quality improvement projects presented at DDW® 2018.

Each year during Digestive Disease Week®, AGA hosts a session titled “Advancing Clinical Practice: GI Fellow-Directed Quality-Improvement Projects.” During the 2018 session, 20 quality improvement (QI) initiatives were presented — you can review these abstracts in the July issue of Gastroenterology. Kudos to the promising fellows featured below, who all served as lead authors for their QI projects.

Quality gaps in the management of patients with acute pancreatitis

Osman Ahmed’s, MD, project identified areas for improvement in the management of acute pancreatitis, which is the most common GI cause for hospitalization.

Fun fact: Dr. Ahmed grew up in Montreal and learned to speak French there. 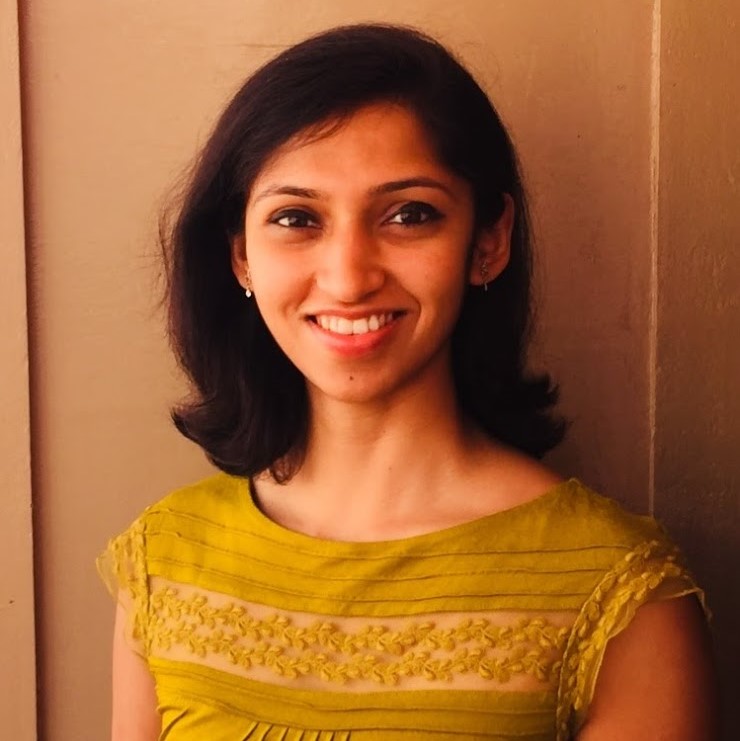 Bhavana Bhagya Rao, MD, and her team measured the effect of outpatient telephonic transitional care on survival in cirrhotic patients — they found that these patients had a higher six-month survival rate compared to controls.

Fun fact: In her free time, Dr. Bhagya Rao enjoys getting outside and going on bike rides. 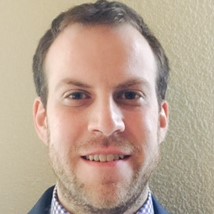 Gregory T. Brennan, MD, and his group focused their study on an important problem — the potential injuries that gastroenterologists can suffer by using an endoscope. They found that an ergonomics checklist and educational video can improve awareness and understanding of ergonomics.

Fun fact: Dr. Brennan has lived all over the country, and he thinks that his medical training in various cities has made him a better clinician today.

Fun fact: Dr. Dwivedi is an avid traveler, and loves to read in his free time. 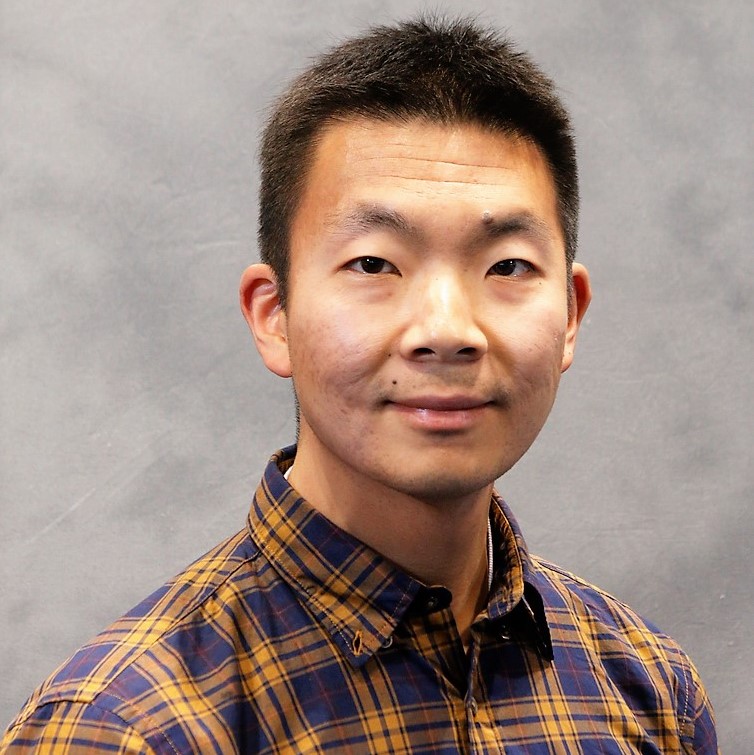 Samuel Han, MD, and his team found that there is a low adherence rate to key endoscopy-related quality indicators in Barrett’s esophagus. Younger age, fewer years in practice and trainee involvement were associated with higher endoscopist performance.

Fun fact: Dr. Han enjoys playing and watching basketball in his free time, as well as reading anything by Haruki Murakami. 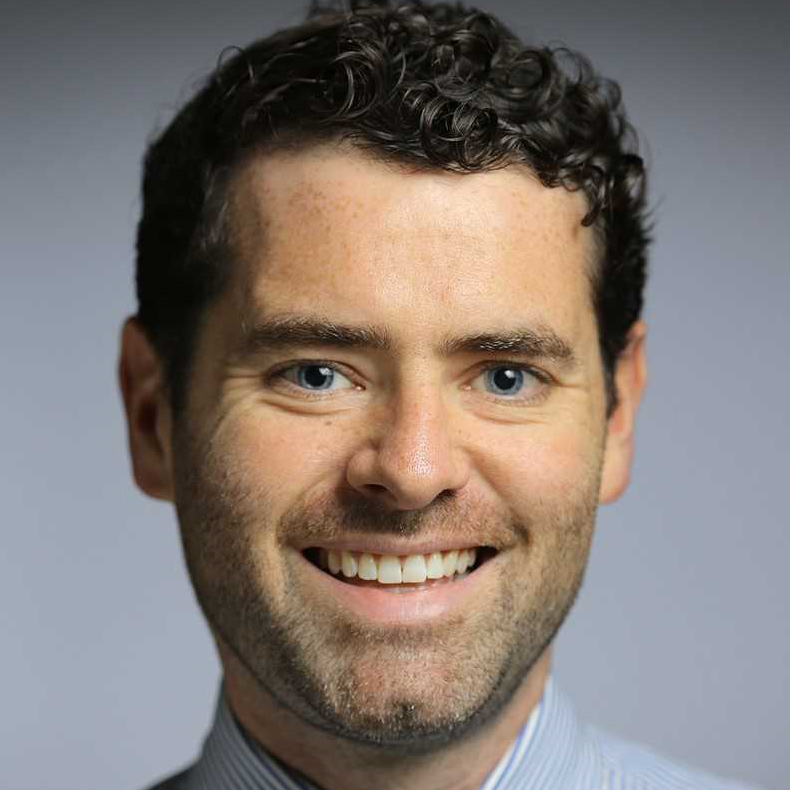 Raymond T. Finn, MD, and his team set out to decrease the no-show rate of ambulatory endoscopies at a large Veterans Affairs hospital endoscopy unit with a baseline no-show rate of 16 percent per day. Using a root-cause analysis and rapid-improvement cycles, they reduced the composite colonoscopy and upper endoscopy no-show rate by 50 percent over a six-month period.

Fun fact: Before Dr. Finn was a doctor, he was a bartender. He also has only ever driven cars with manual transmission.

The aim of Joshua Hartman’s, MD, study was to check the frequency with which proton pump inhibitor (PPI) therapy was correctly prescribed to acute coronary syndrome patients being discharged on dual antiplatelet therapy. He identified a gap in care — over 75 percent of patients with multiple indications for GI prophylaxis were not discharged on a PPI.

Fun fact: When Dr. Hartman isn’t working on quality improvement projects, he’s cheering on the Michigan Wolverines with his son. 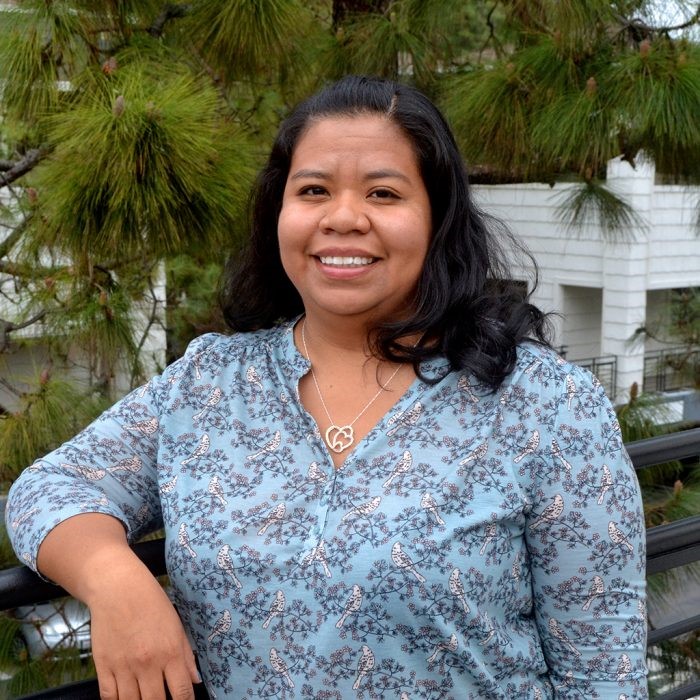 Inter-provider communication is vital to patient care and patient safety. After conducting a study on this topic, Lourdes Herrera, MD, and her team concluded that instituting an automated hand-off tool is perceived as an effective solution for improving patient safety, efficiency and communication.

Fun fact: Dr. Herrera used to compete internationally as a part of a female choir. 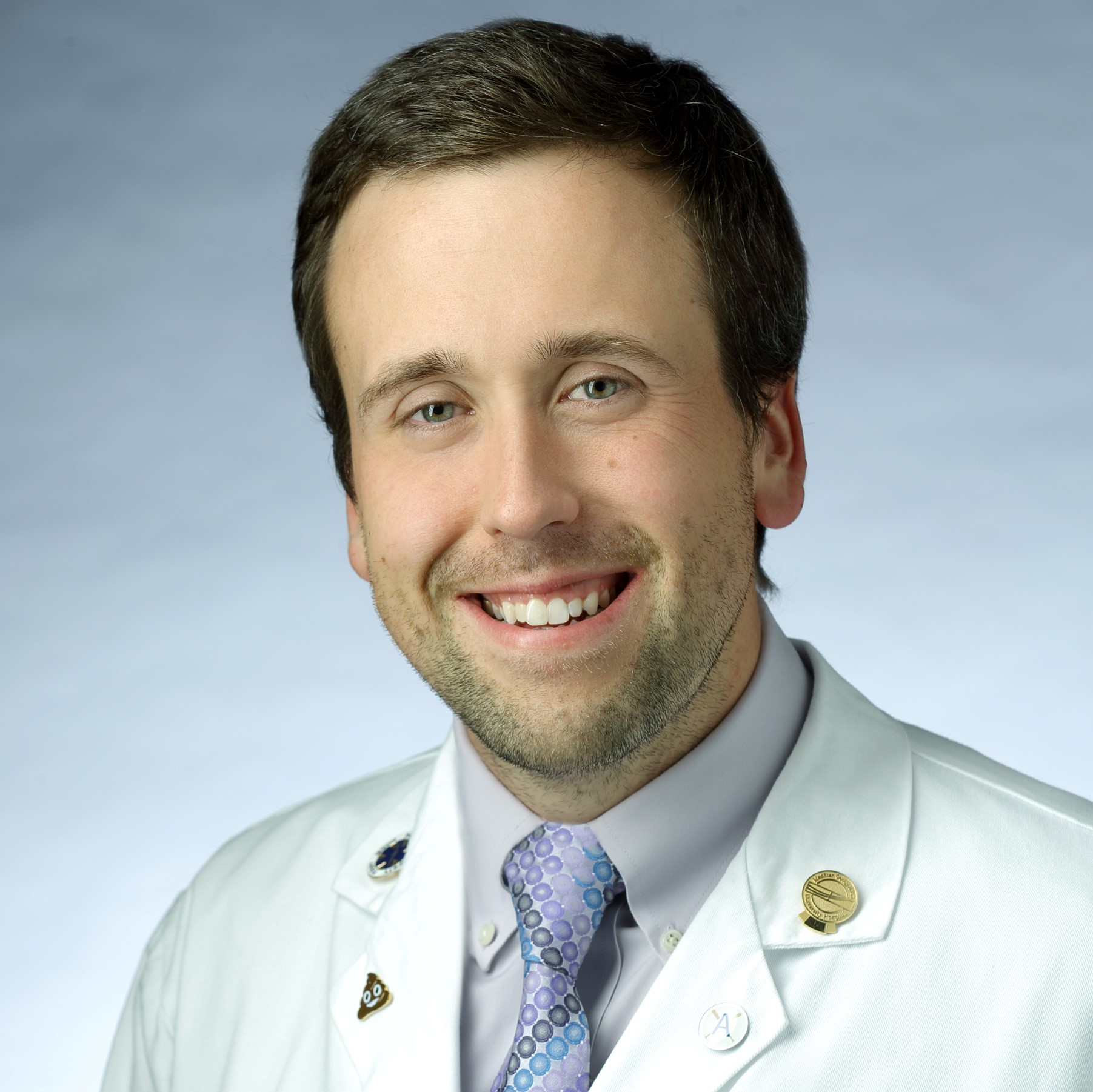 Morbidity and mortality conferences in the gastrointestinal department and endoscopist behaviors: Timeless tradition or effective tool for change?

In his project, Joseph Jennings, MD, and his team measured how morbidity and mortality (M+M) conferences impacted physician behaviors. They found that after the presentation of a missed hypopharynx cancer at an M+M conference, providers adjusted their endoscopic and documentation behaviors to note the appearance of the hypopharynx more often.

Improving the quality of bowel preparation for colonoscopy: Populations to target in an urban tertiary care setting

Going off of his first study, Dr. Kunnackal John examined the value of patient-reported stool color prior to arrival for their scheduled colonoscopy, as well as patient perception of bowel preparation in an urban tertiary care setting. They found that the color of the last bowel movement prior to arrival for colonoscopy, as reported by the patient, can accurately predict bowel preparation adequacy. 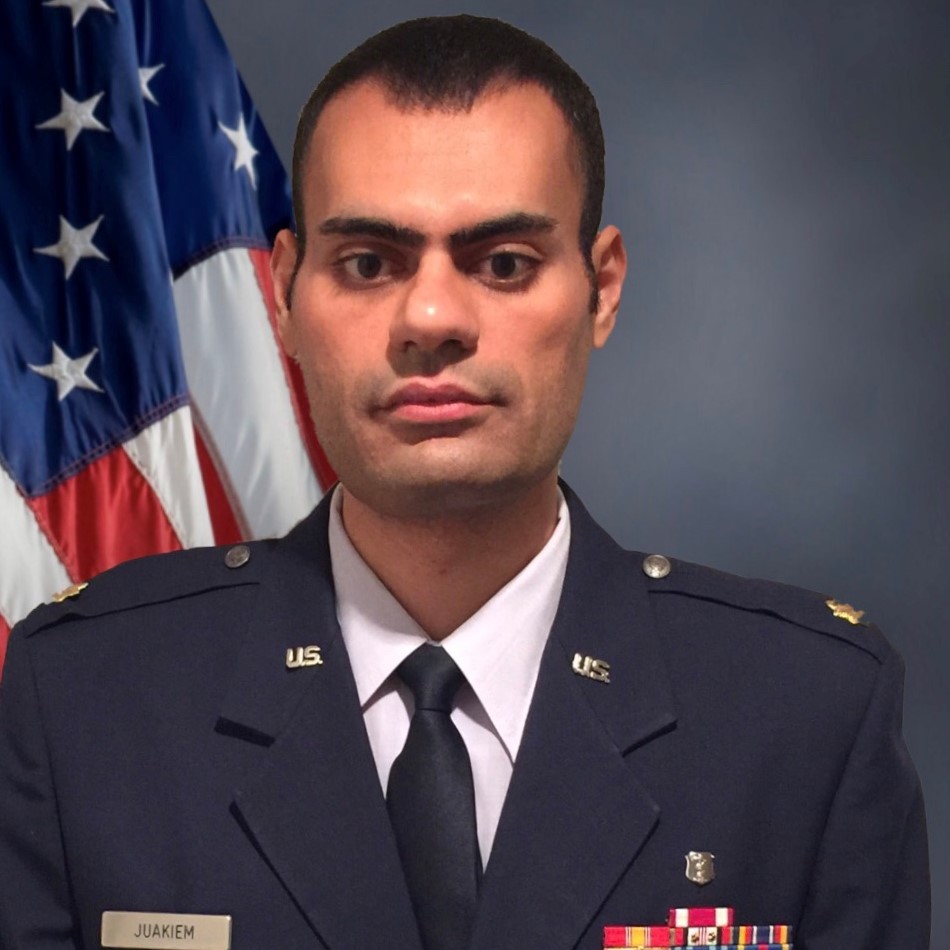 Wassem Juakiem, MD, developed an inflammatory bowel disease (IBD) standardized template with built-in quality measures for the gastroenterology fellows to improve the quality of care in their IBD clinic. The implementation of a fellow education session and this standardized clinical template improved short- and long-term compliance with preventive care needs of IBD patients.

Fun fact: Dr. Juakiem is a military fellow in one of the largest DOD hospitals.

Hepatitis A and B vaccination rates among liver biopsy confirmed nonalcoholic fatty liver or nonalcoholic steatohepatitis in a free access medical system: How can we do better?

Yang Liu, MD, and his team noticed that patients with chronic liver disease have higher risks of mortality and morbidity after an acute infection with hepatitis A (HAV) or hepatitis B virus (HBV). They assessed the HAV and HBV vaccination rates within a tertiary military treatment facility among those with biopsy-confirmed nonalcoholic fatty liver (NAFL)/nonalcoholic steatohepatitis (NASH), and implemented both system-based and provider-centered quality improvement measures to enhance adherence to guideline recommendations, which they found to be effective.

Fun fact: Dr. Liu recently became afraid to eat sushi due to a fear of parasites. 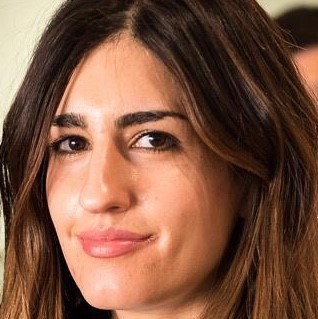 Does addition of high-dose simethicone to standard bowel preparation for screening colonoscopy have an effect on adenoma detection rate: A single-blind clinical trial

In Sharareh Moraveji’s, MD, study, she aimed to establish whether adding high-dose simethicone (SIM) to the preparation agent polyethylene glycol (PEG) improves polyp detection rate and adenoma detection rate compared to the standard 4-L PEG during screening colonoscopy. Her team found that this resulted in less intra-procedure use of SIM, but there was no effect on adenoma detection rate.

Fun fact: One of Dr. Moraveji’s passions is working at the free Rotacare clinic and teaching medical students. 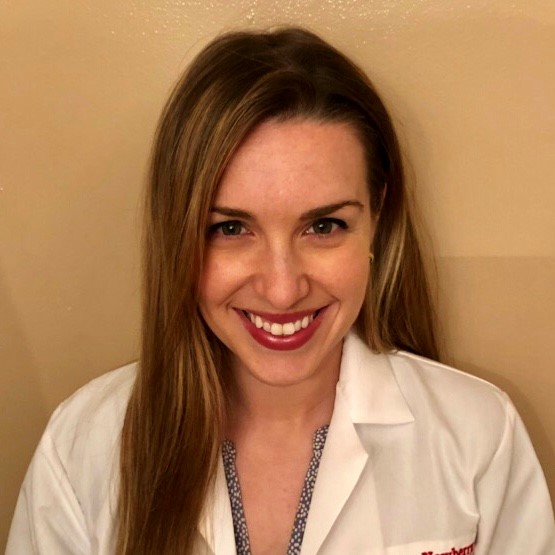 A multi-faceted implementation strategy to improve acid suppression prophylaxis among patients admitted to the cardiac intensive care unit: Results of a longitudinal study

Carolyn Newberry’s, MD, study focused on improving acid suppressive therapy (AST) in patients admitted to the cardiac intensive care unit of a quaternary care hospital. Through a multi-faceted implementation strategy that included development of guidelines, a new rounding structure and an electronic dashboard to highlight opportunities for intervention, her group increased appropriate AST from 72.9 to 86.1 percent.

Fun fact: In addition to being a budding gastroenterologist, Dr. Newberry recently became certified as a physician nutrition specialist. 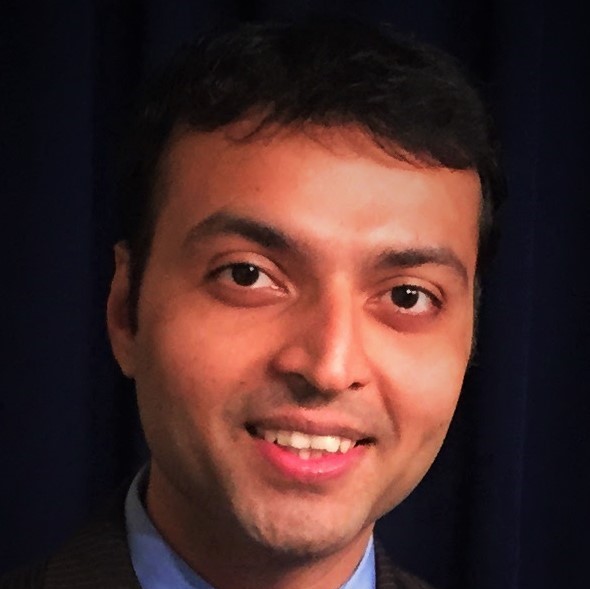 While text messaging may improve patient appointment attendance and adherence to chronic medication, Varun Patel’s, MD, study found that the addition of text messages to the standard colonoscopy instructions did not improve the quality of bowel preparation. 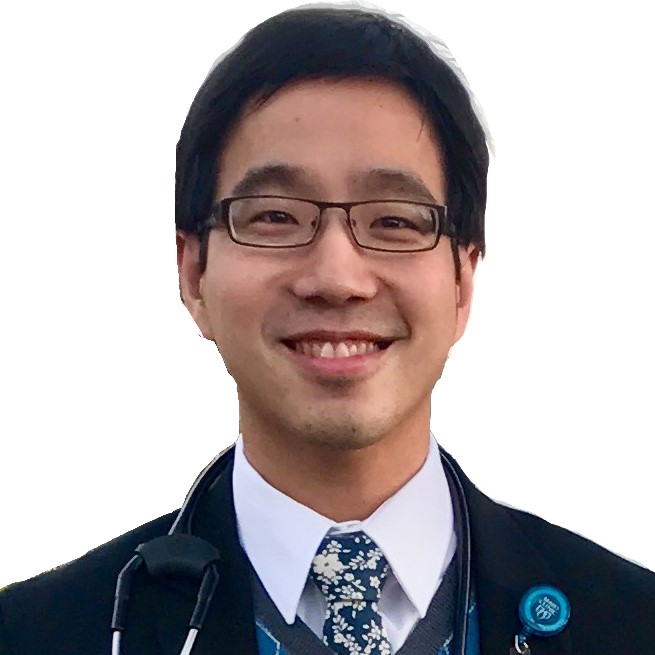 In his project, Thoetchai (Bee) Peeraphatdit, MD, and his team identified that 16.5 of endoscopic retrograde cholangiopancreatography (ERCP) reports are incomplete, which is significantly associated with delayed plastic biliary stent exchange/removal and cholangitis. His group has launched an intervention phase to decrease the rate of incomplete ERCP reports.

Fun fact: Dr. Peeraphatdit’s nickname is Bee because he is the second child in his family (his sister is A). 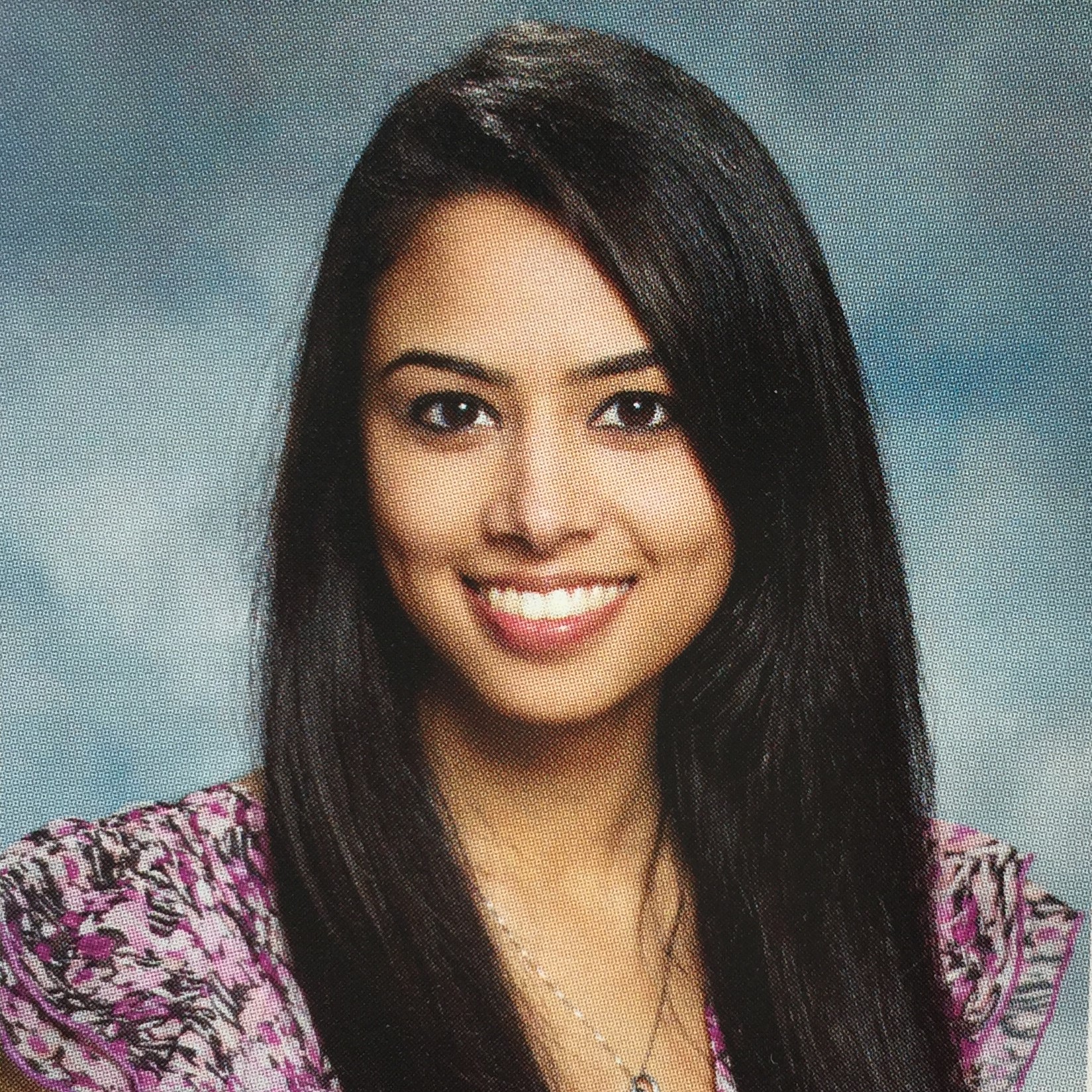 Reducing admissions for cirrhotics: The creation of an emergency department observation unit protocol for paracenteses

Fun fact: Dr. Siddique says that she is obsessed with health policy and advocacy. She also enjoys travel, reading and playing with her kitten in her free time a home. 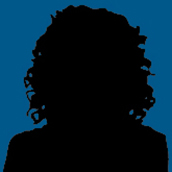 Implementation of a constipation action plan in primary care clinics to decrease referrals to pediatric gastroenterology: A quality improvement initiative

Fun fact: Dr. Webster met Bo Jackson as an infant while her father was in graduate school with Jackson’s wife. 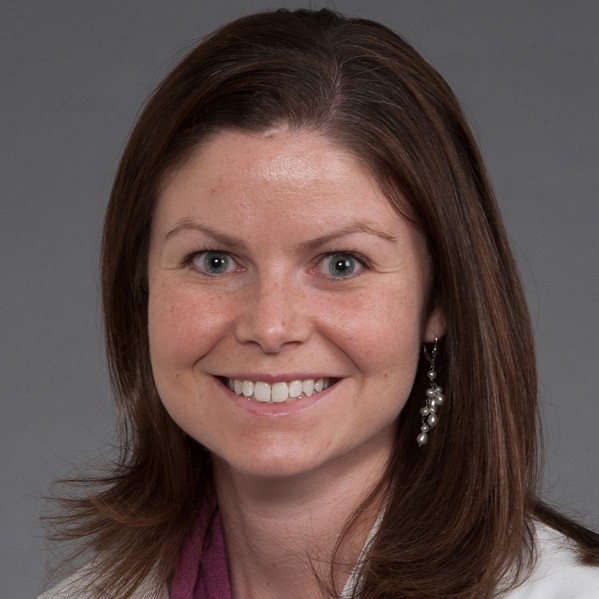 Farra Wilson, DO, and her team sought out to improve adherence to, and documentation of, Physician Quality Reporting System (PQRS) performance measures for outpatient IBD care. They found that the availability of customizable electronic resources in the electronic health record (EHR) improves documentation compliance of PQRS measures for outpatient IBD care.

Fun fact: Before going to medical school, Dr. Wilson became a registered dietitian and her interest in nutrition is what led her to the field of gastroenterology.