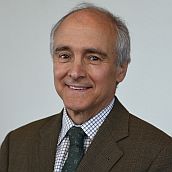 In 2008, Dr. Omary moved to the University of Michigan Medical School where he served in several capacities chair of its Department of Molecular and Integrative Physiology, and as Executive Vice Dean for Research and Chief Scientific Officer. In August 2019, he began a new role as Senior Vice Chancellor for Academic Affairs and Research at Rutgers Biomedical and Health Sciences, Rutgers University. He is an elected member of the American Society for Clinical Investigation, the American Association of Physicians, and the American Association for the Advancement of Science, and has received several mentoring and teaching awards from Stanford University, the University of Michigan and AGA. He is an internationally recognized biomedical investigator and his currently active laboratory studies the pathogenesis, therapeutic approaches and biomarkers related to intermediate filament proteins and their associated diseases and to porphyrias.